Home Politics VIDEO | ‘We have had a hell of a journey, but enough...

Senator Lindsey Graham, Trump’s die-hard supporter and ally who has been with him all through his trials and tribulation at the White House, helped him pass so many policies in the US Senate and also donated a million dollars to Trump’s legal cases against Joe Biden’s electoral victory, has now discarded Trump saying Biden will be sworn in as US president on the 20th of January 2021.

Following the riots that enveloped Capitol Hill on Wednesday, forcing Senators and Lawmakers to go into hiding, Graham condemned the attack and called for the prosecution of all the rioters that invaded the building. 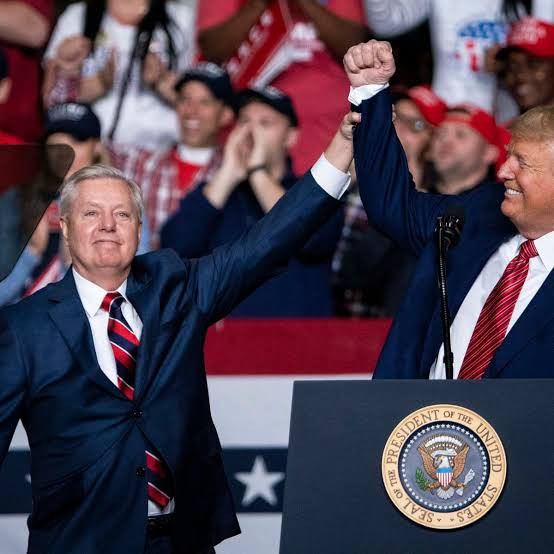 In tweets posted after Congress reconvened to certify Biden’s electoral college victory, following an emergency recess, Graham said he was done with Trump.

He said it was ‘one hell of a ride with Trump and they’ve come a long way but enough is enough’.

He also said he won’t vote against Biden’s certification and that come January 20th Biden will be sworn in as the US President.

Sen. Lindsey Graham said the time to challenge the election of President-elect Joe Biden is over and that a commission to examine election integrity is not likely to go anywhere. 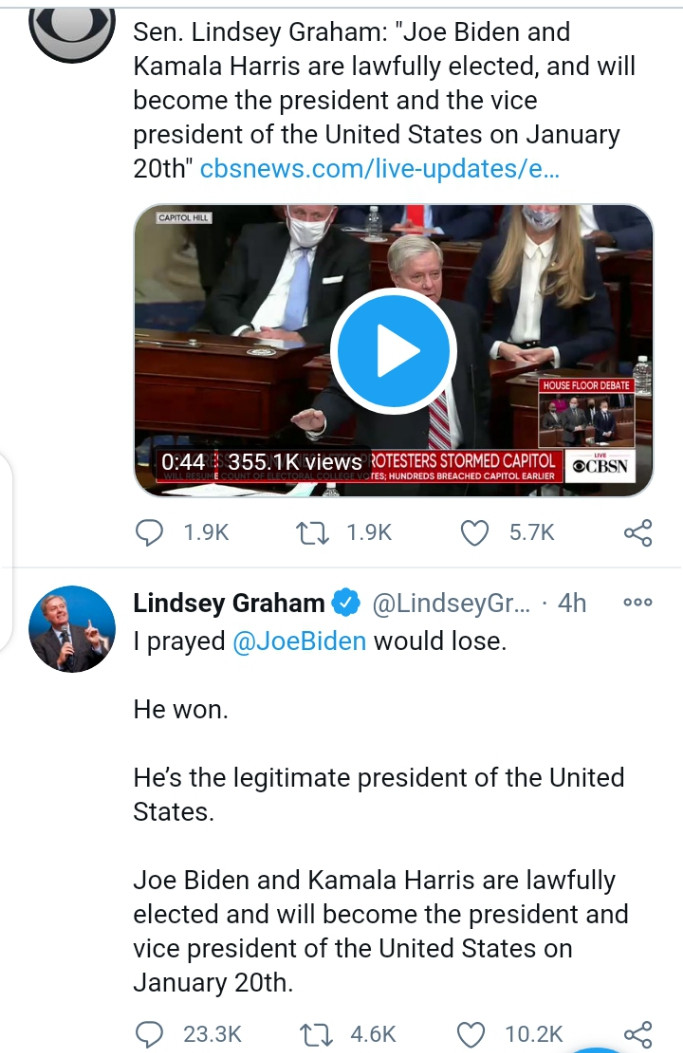 Oh snap!!! Lindsey Graham is ready to go home. It’s over. It’s been over @realDonaldTrump YOU LOST!!!!!pic.twitter.com/Vf9Lrc4H2w

Sen. Lindsey Graham: "Joe Biden and Kamala Harris are lawfully elected, and will become the president and the vice president of the United States on January 20th" https://t.co/wTKxzqAo9U pic.twitter.com/B2zsNoHkgQ

US drone strike targets IS ‘planner’ in Afghanistan

Trump says prospects of World War III keeps him up at... News
Former US president, Donald Trump said the idea of an impending World War III 'keeps him up at night,' while making repeated his claim...