Two siblings have been arrested for the part they played in the death of a missing makeup artist whose death shook Twitter.

Recall that last November, a missing person alert was circulated around Twitter as users begged for help in finding Ijeoma Neke who left home on Nov 11, 2020, for a makeup job and wasn’t seen again.

Twitter users explained that she had requsted to know the venue where she was to do the makeup job but was simply instructed to meet the prospective client at a bus stop.

Her body was later found and it was claimed she had been doused with acid.

Friends called for justice for Ijeoma on Twitter and it appears that is about to be served as a sister and her brother have been arrested and charged with her death.

The siblings identified as Ifezue Chiamaka and Ifezue Emeka were on Wednesday, Feb 3, arraigned at Enugu State Magistrate Court for the murder of makeup artist, Ijeoma Nweke. 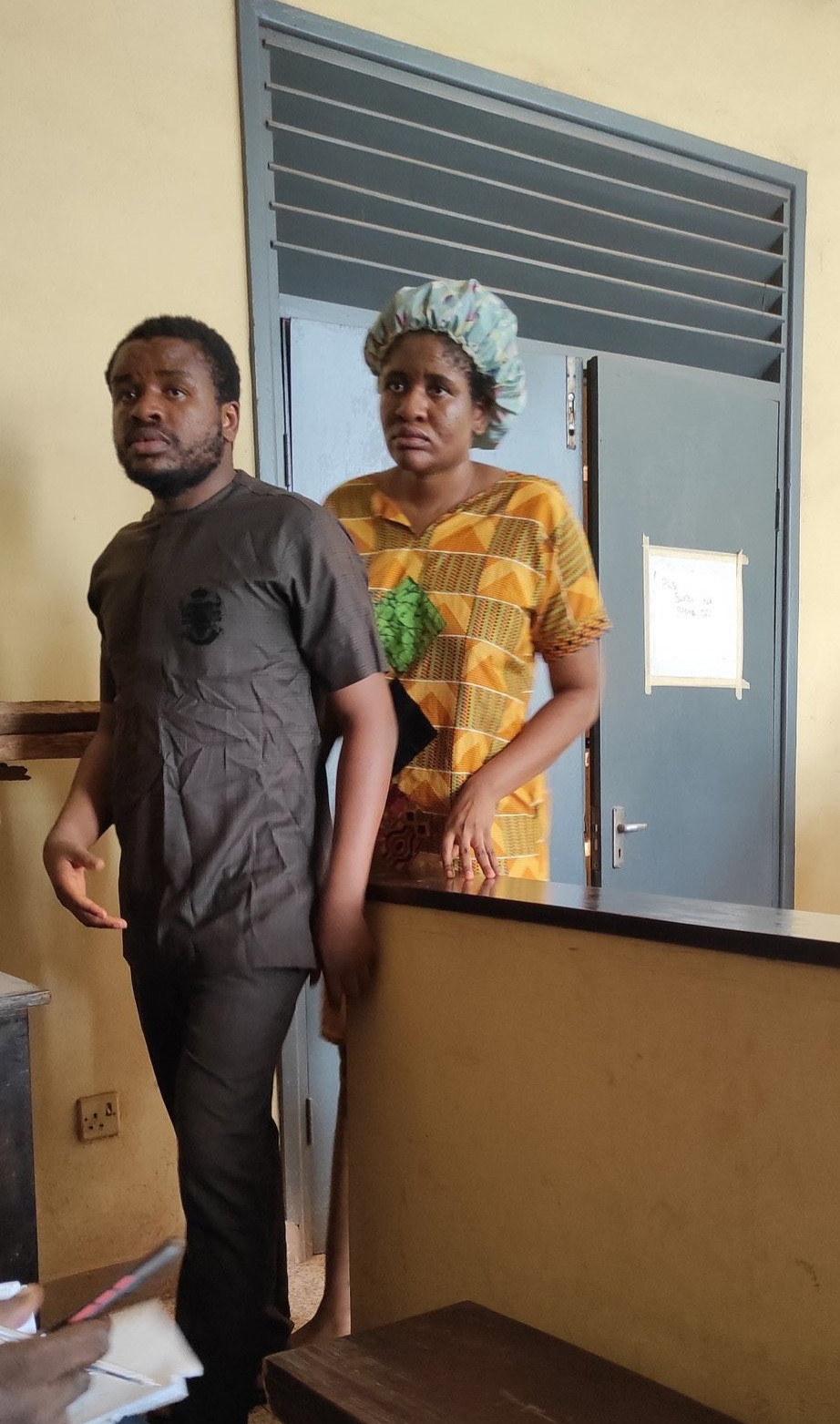 According to the reports, Chiamaka conspired with her brother to kill Ijeoma for allegedly having an affair with her boyfriend.

Chiamaka allegedly lured Ijeoma by inviting her for a makeup job.

On getting there and suspecting foul play, Ijeoma quickly sent a message to a friend, before being forced to drink a poisoned substance.

The two siblings then allegedly poured acid on Ijeoma.

An eye witness who was present in the court said he saw Emeka Ifezue pour acid on the body of Ijeoma after they dumped her corpse at the Maryland axis of Enugu Metropolis.

Also present in court was the boyfriend who was willing to testify against the two siblings.

Below are Twitter reactions after the siblings were arraigned. 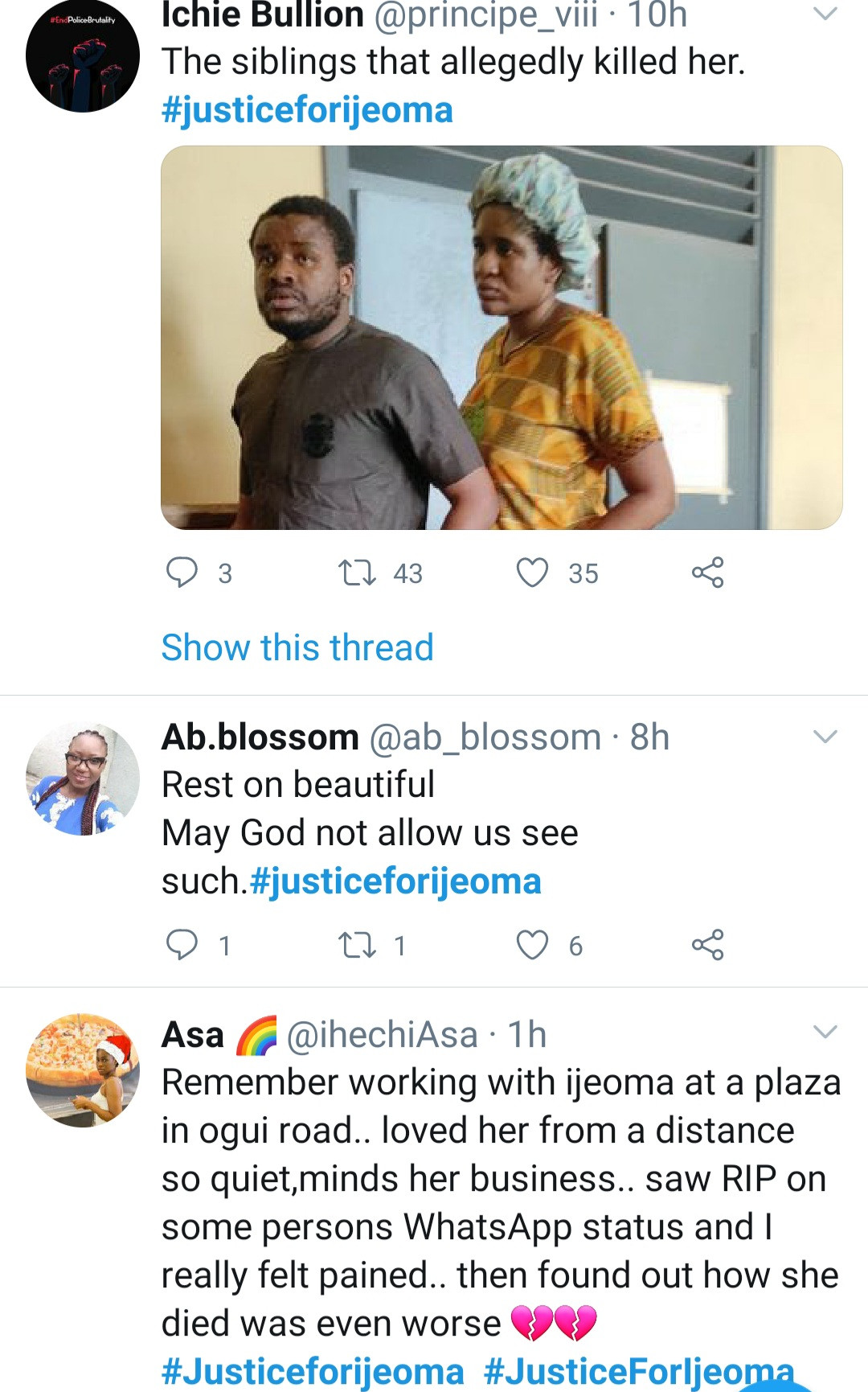 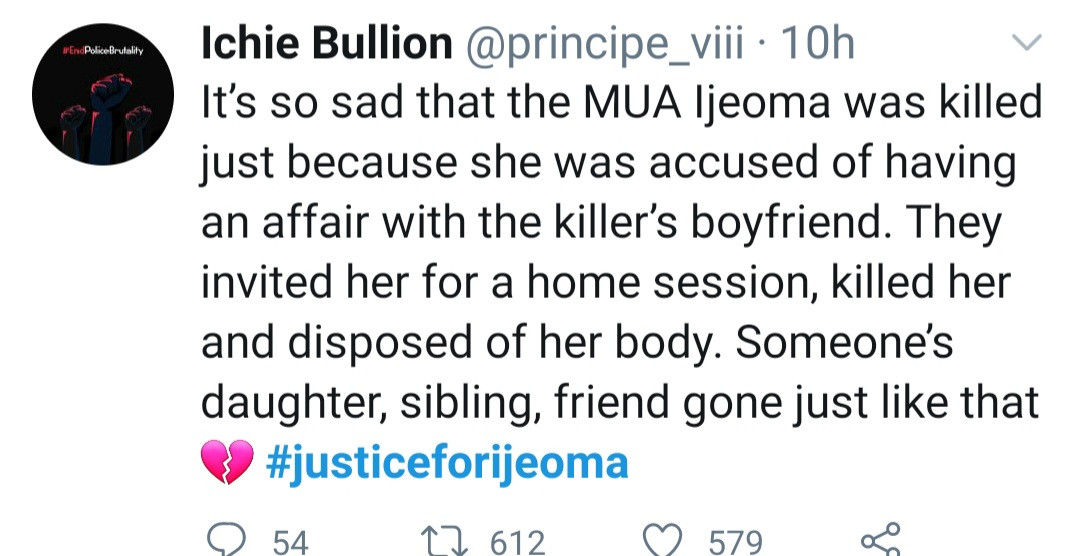 Below is a video of the siblings in court; News
Gangsta's Paradise rapper Coolio dead at 59 His manager said he was visiting a friend's house in Los Angeles when he apparently suffered a heart...