Yolanda N George-David, better known as Aunt Landa, called out a street beggar who rented a baby to beg.

Aunt Landa explained that she had taken the woman’s kids in to rehabilitate them, only to see the woman again on the streets with another child.

When she confronted the beggar, asking her where she got another child from, the woman ran off with the baby.

Landa pleaded with Nigerians to stop giving women with babies money so as to discourage them from renting babies to beg with. 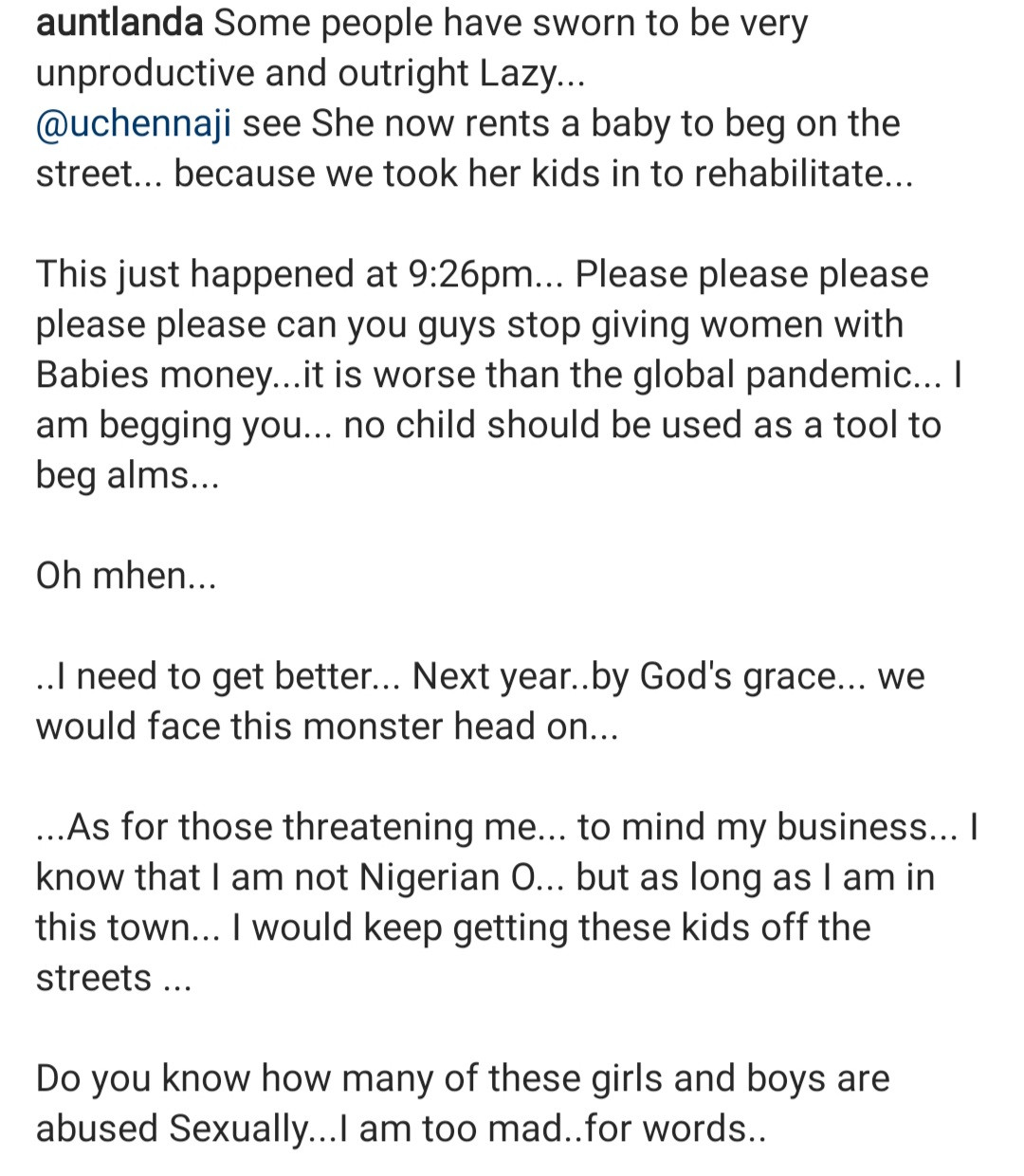 Below is a video of Aunt Landa confronting the beggar;

Ex-boyfriend charged with chopping up woman with meat cleaver and living with her body...

PHOTOS | No Ghanaian or Black man will go to heaven — Prophet Agya...

Anyone opposing Southern Governors’ ban on open grazing has a hidden...

Politics
Governor Samuel Ortom of Benue state has commended Governors from the Southern region of the country for issuing a ban on open grazing in...