Both players were issued a yellow card, with Ibrahimovic later being sent off the pitch for receiving a second booking.

AC Milan had taken the lead through Ibrahimovic, who fired home in the 31st minute to open the scoring at San Siro. 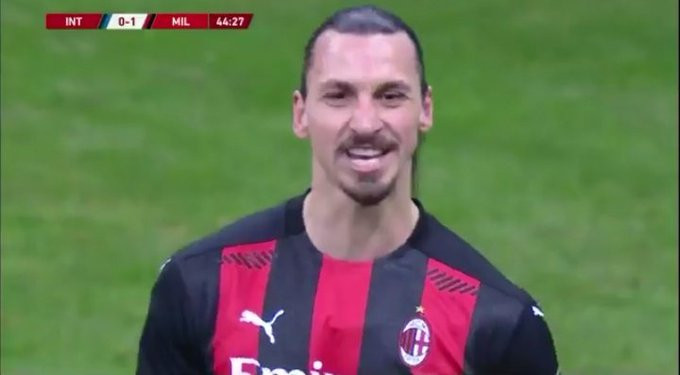 Tempers flared up just before the break after Lukaku got angry by a foul by Milan defender Alessio Romagnoli.

Ibrahimovic stepped in and squared up to Lukaku, his former teammate at Manchester United, with the pair going head to head while exchanging words.

Lukaku could clearly be heard telling Ibrahimovic: “Well let’s go inside you b*tch!”, in an invitation to engage in a further confrontation in the tunnel.

The argument was so much that both players continued to be restrained as the teams went down the tunnel for half-time.

Lukaku and Ibrahimovic were team-mates at one point, playing together at Manchester United during the 2017-18 campaign.

Watch the incident below;

"i'll fuck you and your wife you bitch"😭😭🤣🤣 pic.twitter.com/uwUGczigp2

Cristiano Ronaldo’s ‘only ambition is to finish his career with more Ballon d’Or trophies than rival Lionel Messi’, claims the chief of the award

“Christians must not listen to musicians like Beyonce, Cardi B and Nicki Minaj” –...

Ukranian soldiers defy ultimatum to surrender arms and will fight to the end in...

“The worth of what was destroyed at my house cannot be less than N50... News
In what will come across as a really heartbreaking development, a graduating student of Yaba College of Technology (YABATECH) in Lagos, has died. The...