US President, Donald Trump, has signed into law a coronavirus relief and spending package bill, averting a partial government shutdown that would have started today, December 28, had he not signed by Sunday midnight.

Trump had initially refused to sign the bill which was to pay citizens $600, saying he wanted to give people bigger one-off payments.

The relief package signed by Trump worth $900bn (£665bn) was approved by Congress after months of negotiation and is part of a $2.3tn spending package that includes $1.4tn for normal federal government spending. 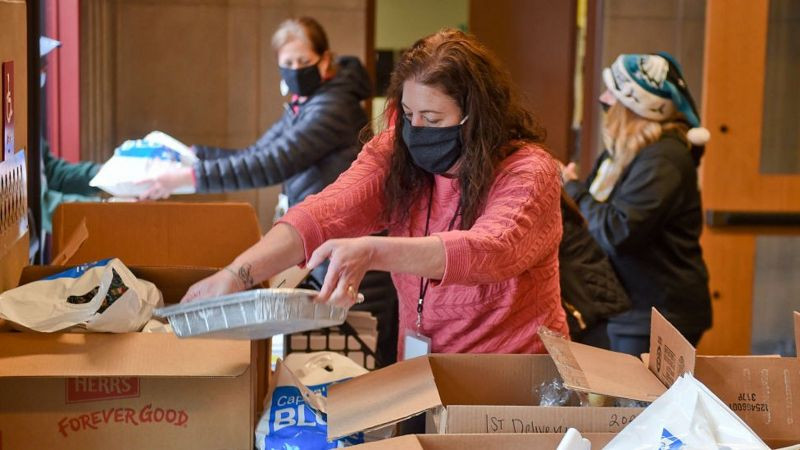 Trump said he was signing the bill with “a strong message that makes clear to Congress that wasteful items need to be removed”.

US President-elect Joe Biden had warned of “devastating consequences” if Mr Trump continued to refuse to sign.

Biden described Mr Trump’s refusal to sign the bill as an “abdication of responsibility”.

“It is the day after Christmas, and millions of families don’t know if they’ll be able to make ends meet because of President Donald Trump’s refusal to sign an economic relief bill approved by Congress with an overwhelming and bipartisan majority,” Biden said. Photo: President Trump and first lady Melania Trump board Air Force One at Joint Base Andrews in Maryland on Wednesday. (Patrick Semansky/AP)

Trump leaves office on 20 January after losing November’s election to Mr Biden, although he has refused to admit defeat.

VIDEO | ”I love you daddy”- watch Heartwarming video of a man and his...

News
The disbanded Special Anti-Robbery Squad (SARS) unit of the Nigeria Police Force has been revived. The Inspector-General of Police, Usman Alkali Baba gave the directive...