Russia and Rwanda have sent in hundreds of troops to protect Central African Republic President, Faustin-Archange Touadera (pictured below at a rally), and the presidential palace after former president, Francois Bozize, allegedly attempted a coup ahead of the presidential elections this weekend. 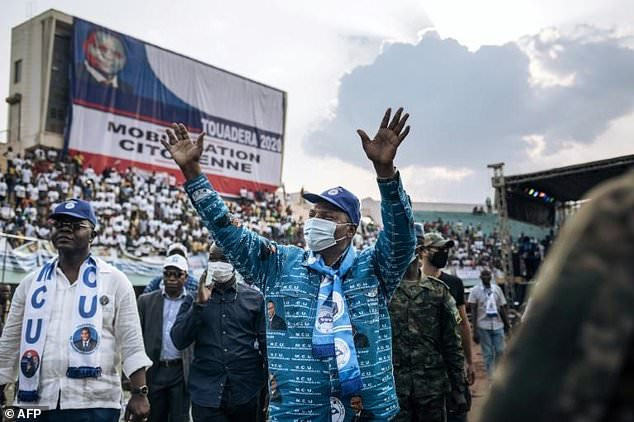 The Central African Republic announcing the new developments on Monday, December 21, said that three rebel groups controlled by Bozize (pictured below), started to advance on Friday towards the capital Bangui along key highways after declaring an alliance. 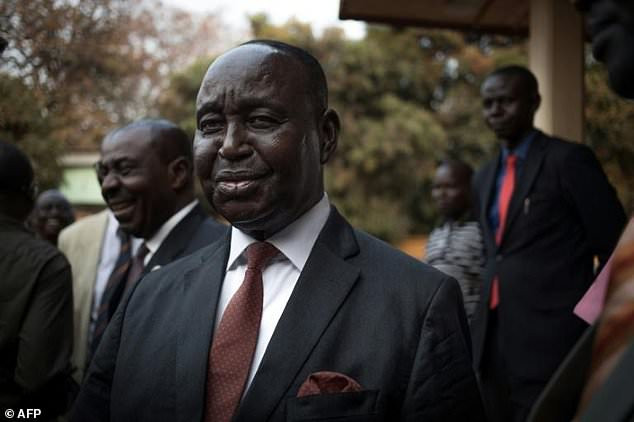 The UN peacekeeping force MINUSCA announced on Sunday that the rebels had been stopped or pushed back and the situation was “under control”.

“The Rwandans have also sent several hundred men who are on the ground and have started fighting.”

Rwanda said the move was in response to the targeting of its troops in the 11,500-strong MINUSCA by rebels supported by Bozize, who ruled the CAR from 2003 to 2013.

No details were given about the deployment, but the ministry said it would “also contribute to ensure a peaceful and secure general elections scheduled on Sunday”.

The rebel groups merged into a single entity called “the Coalition for Patriots for Change” and invited all other groups to join while they headed down the country’s main highways towards Bangui, according to the government.

MINUSCA spokesman Vladimir Monteiro said late Sunday they had been pushed back in several locations or blocked, and “the situation is under control.”

The G5+ group — France, Russia, the US, the EU and the World Bank — urged Bozize and allied armed groups to lay down their arms and called for the presidential and parliamentary elections to go ahead on Sunday.

The Kremlin, reacting to the advance by the rebel groups said the situation in the country was of “serious concern”.

Moscow has been leading a vast diplomatic and financial offensive in the former French colony since 2018 in return for concessions to Russian firms to exploit minerals, particularly gold and diamonds.

Bozize, 74, a former army general, denies the coup plot allegations, but has been a major figure in the country’s decades-long history of war and poverty no.

He has a large follower base in the northwest of the country, especially among the Gbaya ethnic group, which is the country’s largest.

He has also been banned from this weekend’s presidential Elections by the country’s court, leaving incumbent Touadera as favorite.

Photo: Presidential guards stand guard near a campaign poster of incumbent president during his opening campaign rally for the presidential election in Bangui, on December 12 2020. ( AFP ) VIDEO | I Am A Single Mum, I Don’t Know Where Her Dad Is – Mother Of Little Girl Spotted In Peter Obi’s... Good Morning Distinguished Readers, these are the Headlines For Today

News
US President Joe Biden has agreed "in principle" to hold a summit with Russian President Vladimir Putin to deter him over a possible invasion...