Home Gossip Man shares heartbreaking chat with girlfriend who broke up with him after...

A man has been left in serious pain after losing his girlfriend.

The man revealed that he recently lost his job only for his girlfriend of two years to dump him.

The lady identified as Jumoke couldn’t handle an unemployed boyfriend and she quickly hooked up with another man after her man lost his job.

In the conversation shared, the lady complained about being young and not enjoying herself due to lack of finance. She told her boyfriend, Femi that she has already linked up with another man who is presently taking good care of her.

She added that she still wishes him well but she deserves better than what he gives her. 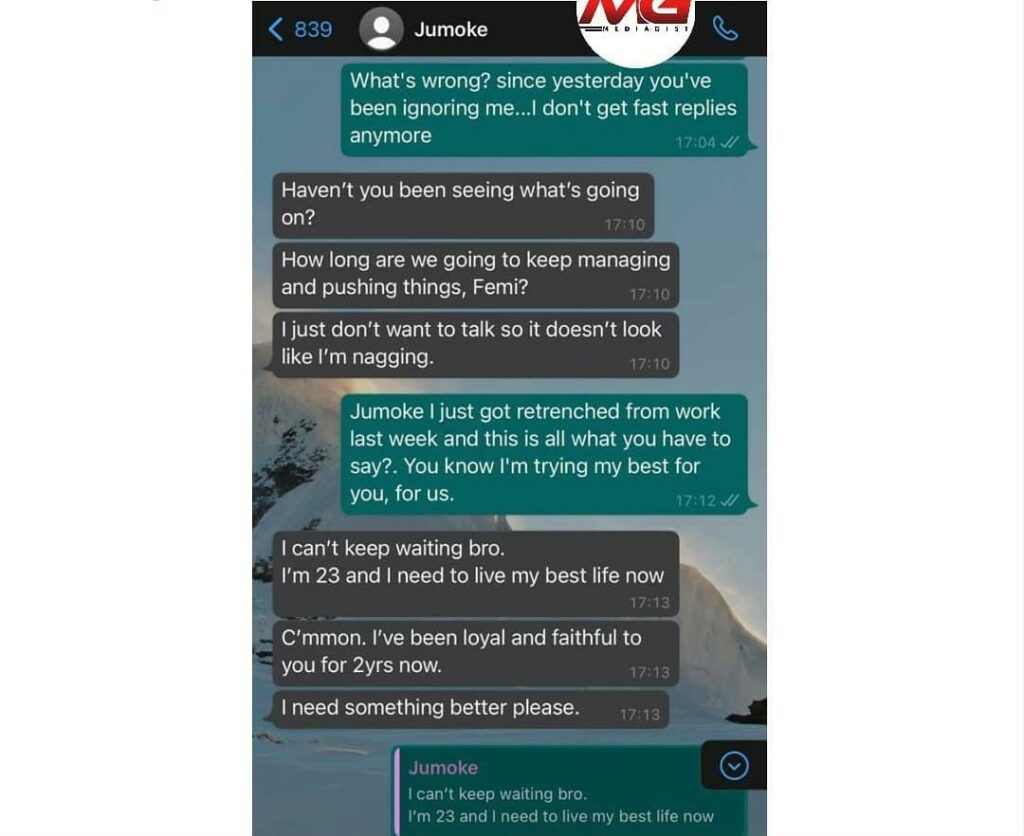 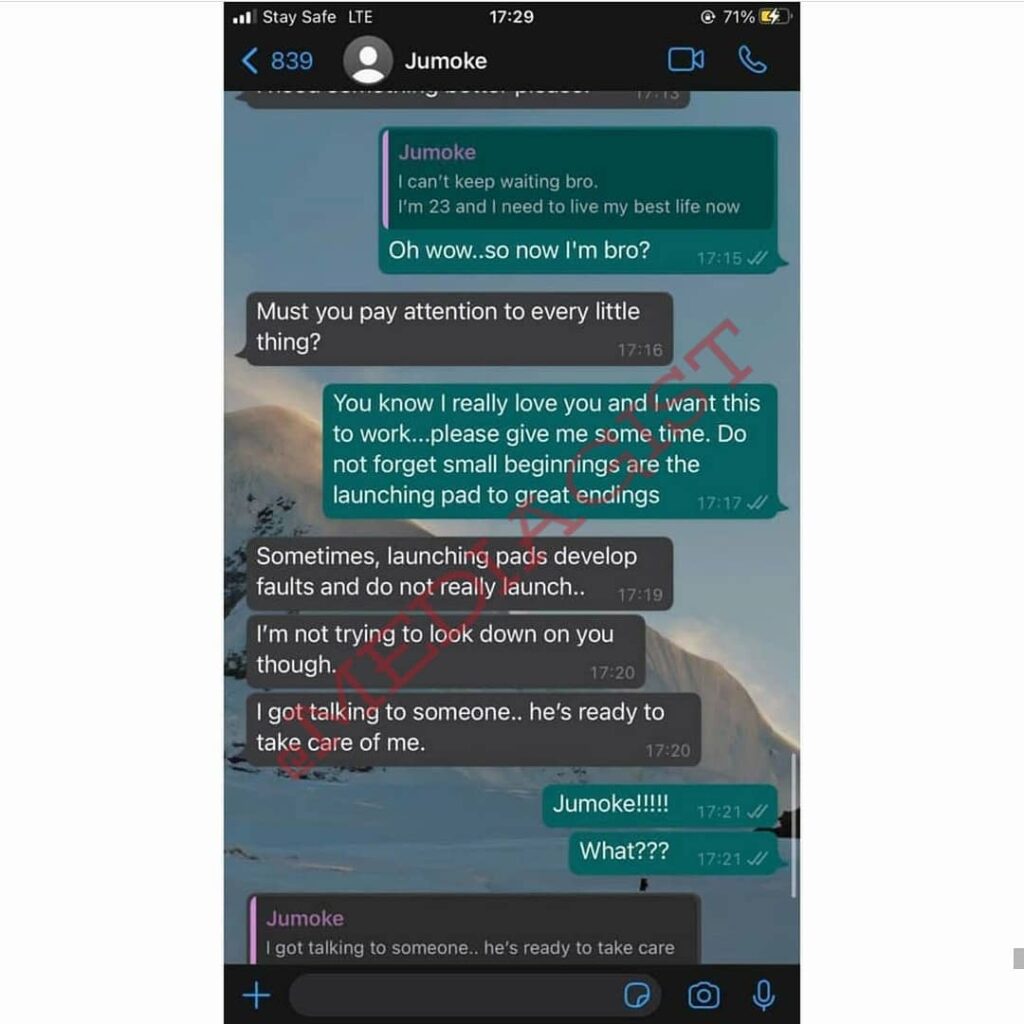 VIDEO | New mum shocks followers as she shows what pregnancy did to her...

Y’all be having bad government and don’t speak up but quick to speak on...

Crime
Men of the Lagos state police command have also arrested the father of Chidinma Adaora Ojukwu, the 300 level student of Mass Communication at...