Lagos State Governor Babajide Sanwo-Olu presented a cheque of N10 million each to families of the six police officers killed in Lagos State in the violence that followed the End SARS protests.

Sanwo-Olu presented the cheques on Thursday, Dec 3, in fulfilment of his administration’s pledge made during an earlier meeting with police officers.

The cheques were presented to the wives and children of the slain officers at the 14th Town Hall meeting on security, held at Civic Centre by the Lagos State Security Trust Fund (LSSTF), with the theme: “Lagos security: Resilience in the face of adversity.” 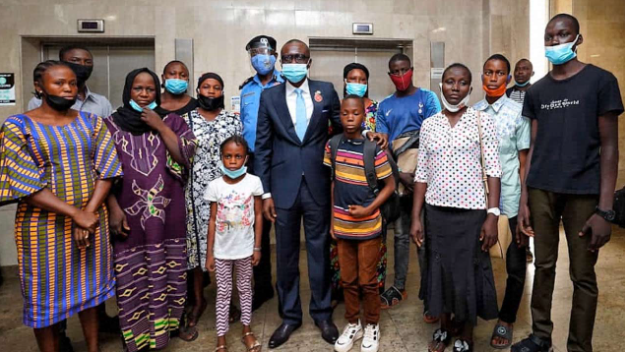 Sanwo-Olu also announced scholarship awards to children of the deceased officers up to university level.

“Those who reject homosexuality do so from a place of fear and ignorance of... Sport news
French superstar footballer, Kylian Mbappe was reportedly handed the biggest-ever contract for a sportsperson when he signed his new deal at PSG. The mega-contract...