A chef took to Twitter to complain about married sugar mummies in Lagos, while comparing them to their Abuja counterparts.

The chef, known as The Lazy Chef, tweeted: “Lagos married women are stingy sha. Abuja married women will lodge you in Transcorp and still invite their friends over.” 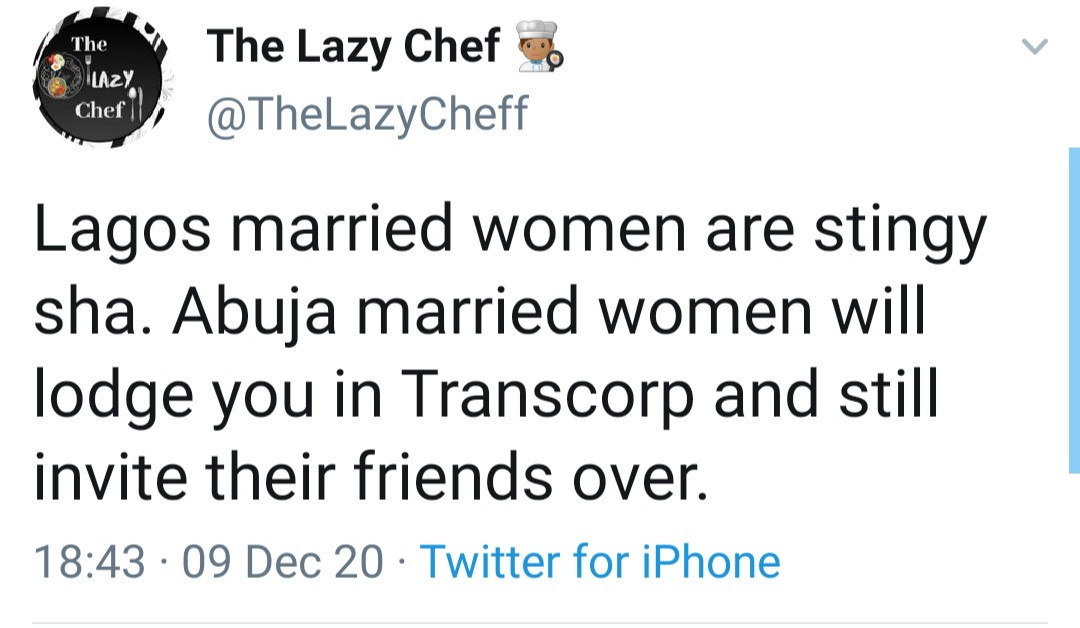 He added in another post, “Lagos married woman, cheat on your husband today. He’s cheating on you tho.”

He also tweeted: “All of us Ashewos.” 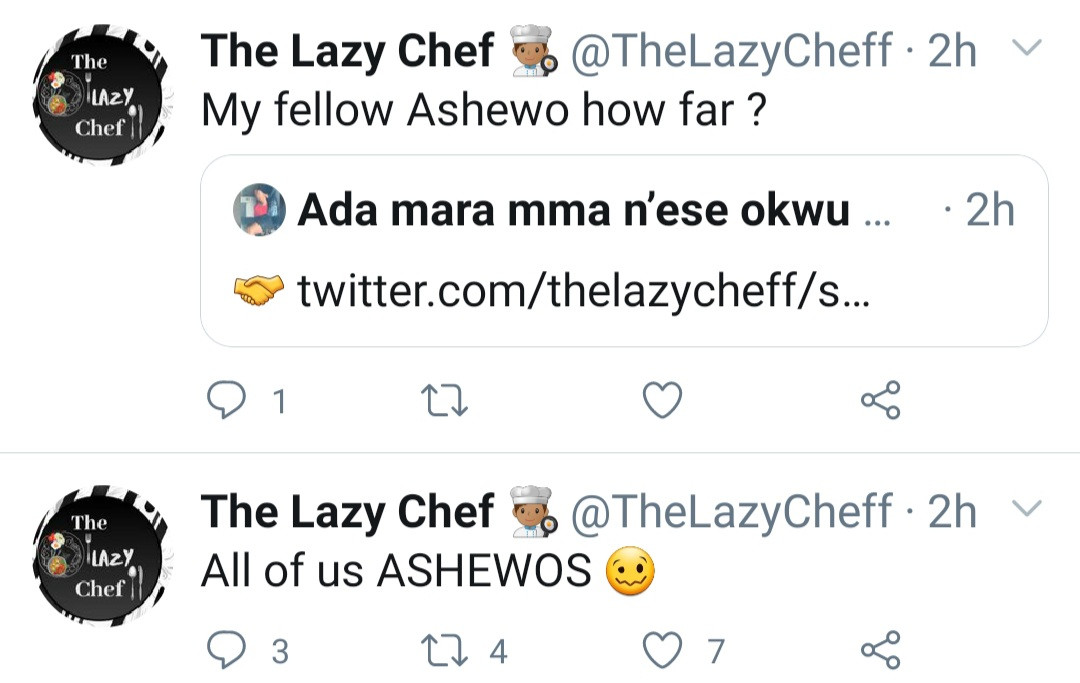 We Suspect They Took A Blood Covenant – Bimbo’s Brother Reveals Their Family Did...

Pierre-Emerick Aubameyang ‘left out of Arsenal’s mid-season trip to Dubai’ as the club tell him to...

PHOTOS | Update: India’s military chief and his wife among 13 killed after their...

PHOTOS  | Six members of a family including two children killed in tragic crash...