Home COVID-19 Conspiracy theories fly around following claims that “Luciferase” is a component of...

Following approval for the administration of Covid-19 vaccines, a number of conspiracy theories have sprung up following claims that an enzyme called Luciferase is a component on the vaccine.

The United Kingdom has become the first Western nation to authorize a Covid-19 vaccine, paving the way for the first doses to be rolled out across the country next week.

However, some people are concerned and are already throwing around different conspiracy theories, including that the vaccine is the mark of the beast because one of its components is “Luciferase” and they are linking it to “Lucifer” (the devil according to Christian belief).

Black Panther actress, Letitia Wright is one of those sharing such conspiracy theories.

She shared a YouTube video addressing the Luciferase that is allegedly added to the Covid-19 vaccine. 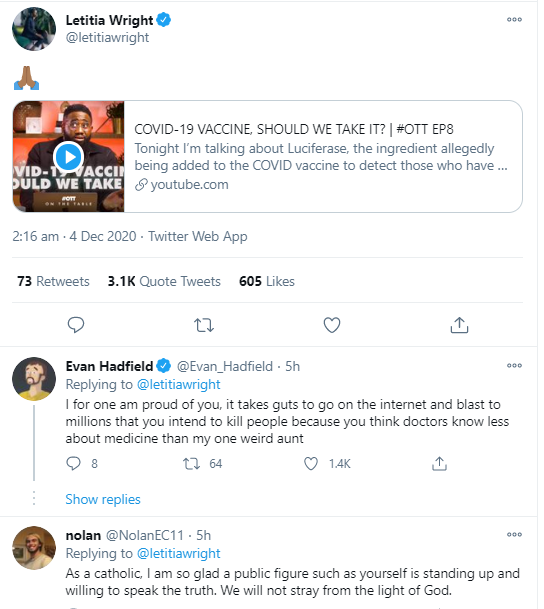 The YouTube description of the video published on Dec 1 claims Luciferase is being added to Covid-19 vaccines “to detect those who have not taken it.”

The video publisher then claimed that it is “partially true” that Luciferase was “named by its founder after Lucifer”.

While some praised Letitia for raising awareness about the “evil” of the vaccine. Others cautioned her against using her platform to mislead people.

Letitia replied, saying her intention is not to mislead but to ask questions.

She added: “Not my intention to make anyone upset. Nor am I saying don’t take it. I’m just concerned about what’s in it that’s all. Isn’t that fair to question or ask?” 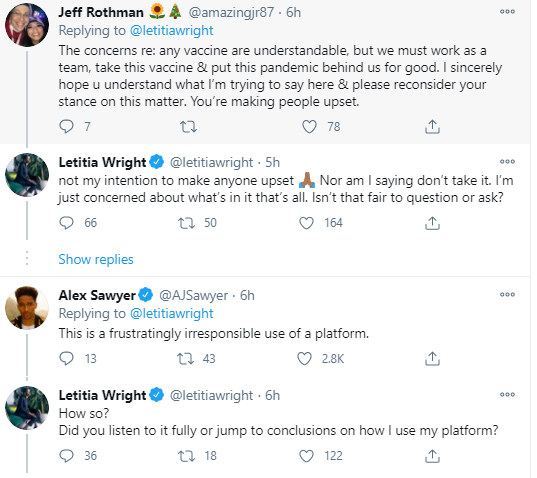 Other Twitter users have been tweeting, connecting the vaccine to the mark of the beast, 666, because of the Luciferase allegedly put in it.

A Wikipedia search explains that Luciferase “is a generic term for the class of oxidative enzymes that produce bioluminescence, and is usually distinguished from a photoprotein. The name was first used by Raphaël Dubois who invented the words luciferin and luciferase, for the substrate and enzyme, respectively.”

Some people have been sharing the Wikipedia definition to dispute claims made by conspiracy theorists. However, this has not stopped the theories from pouring in.

Below are some tweets. 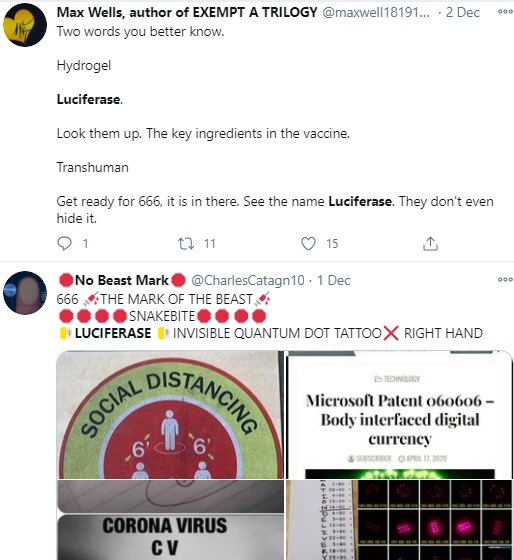 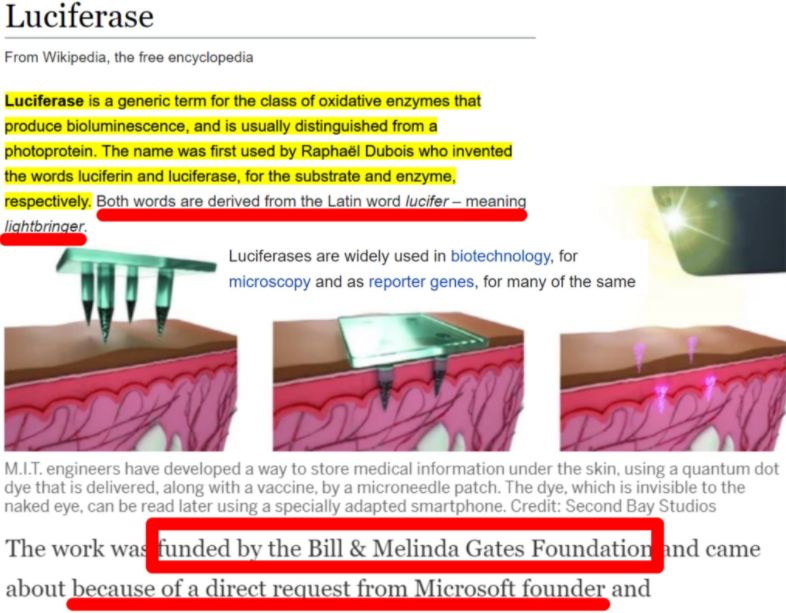 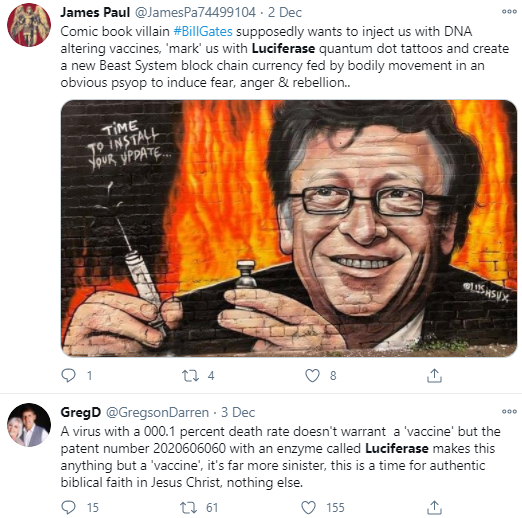 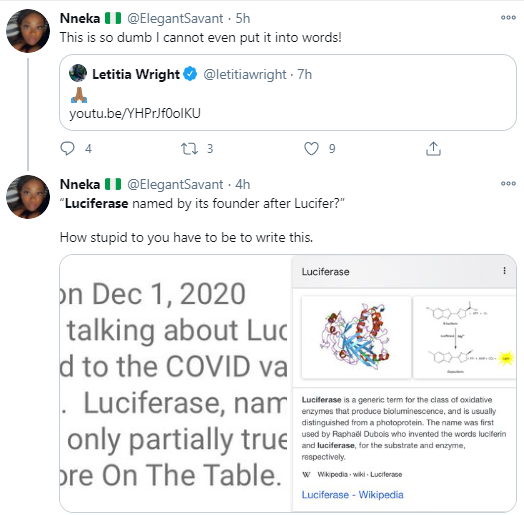 This Government Don’t Want To See Any Young Entrepreneur Do Well – Fashion Designer,...

VIDEO | White man arrested after video of him trying to run Black...

Kanye West unfollows Kim Kardashian and her sisters on Twitter

Gossip
Kanye West has unfollowed his estranged wife, Kim Kardashian and all her sisters on Twitter. The "Heartless" rapper, 44, has also unfollowed all of...